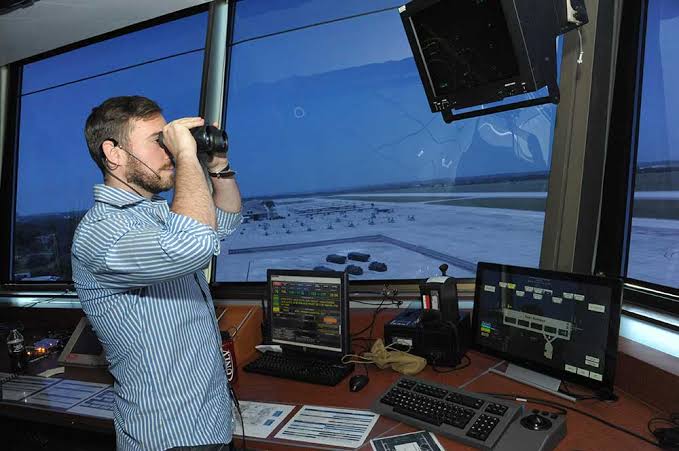 Planes are guided by air traffic controllers both in the air and on the ground. They use technology to track all air traffic in a specific area, and it is their job to organize it so that every flight can take off, land, or pass by without incident. When advising pilots when to take off and land and warning them of problems with the weather and on the ground at the airport, air traffic controllers interact with them. They also oversee ground-based airport staff members’ operations.

Duties of a Air Traffic Controller

Safety is the top priority for air traffic controllers, but they also need to efficiently guide aircraft to save delays. In addition to directing pilots during takeoff and landing, they also control the movement of aircraft into and out of the airport’s airspace and keep an eye on them while they fly. Radar, computers, or visual cues are used by air traffic controllers to monitor and control aviation traffic, as well as ground traffic at airports.

In order to ensure the safety of aircraft, controllers typically supervise many planes at once and must act quickly. For instance, a controller might instruct one aircraft on its landing approach while giving guidance to a different aircraft about the weather. 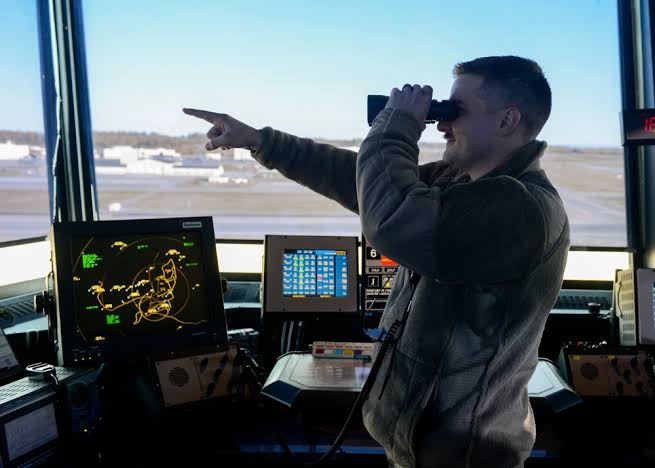 Here are a few types of air traffic controllers as examples:

The movement of vehicles, including airplanes, on runways and taxiways is controlled by tower controllers. They oversee the passage of aircraft and other traffic on the runways and in other areas of the airport, examine flight plans, and authorize pilots to take off or land. Most people observe the traffic they manage from control towers. Traffic from the airport is controlled by tower controllers out to a distance of three to thirty miles.

They make sure that airplanes flying through an airport’s airspace keep the bare minimum of space between them for safety. They transfer command of the aircraft to en route controllers and issue clearances for entry into regulated airspace. Working in structures known as Terminal Radar Approach Control Centers, approach and departure controllers keep an eye on flight patterns using radar technology (TRACONs). Additionally, they provide pilots with weather updates and other important notifications. Up to 17,000 feet in the air and often 20 to 50 miles from the airport, terminal approach controllers help the aircraft until it reaches the facility’s border of the airspace.

Once an airplane leaves the airspace of an airport, they keep track of it. They are employed by air route traffic control centers, which are generally not found at airports but are spread out across the nation. Based on the terrain and air traffic in the region where each center is located, an airspace is assigned to it. En route controllers direct an aircraft as it travels through and approaches a center’s airspace. In order to prevent collisions and to improve safety overall, they might change the fly route of an aircraft. Before turning the control over to terminal approach controllers, route controllers pilot the aircraft for the majority of the flight.

At the Air Traffic Control Systems Command Center, where some air traffic controllers are employed, they keep an eye on activity throughout the whole national airspace. They aid in preventing traffic congestion by giving other controllers directions when they locate a blockage. Their goal is to maintain sustainable traffic levels for the airports and en route controllers.

In a space where several talks are going on at once, controllers need to be able to focus. For instance, multiple controllers may be conversing with multiple pilots simultaneously in a large airport tower.

Quick choices are required of controllers. For instance, the controller must act swiftly to allow the plane to function safely when the pilot requests a change in altitude to avoid bad weather.

Controllers need to be rapid and accurate adders and subtractors. They advise heading and altitude changes and frequently need to calculate speeds, timings, and distances. If you are not so good in math, learn how to be good in Maths

Multiple flights’ actions must be coordinated by controllers. Because they may need to direct multiple pilots at once, controllers must be able to prioritize their jobs.

The impact of shifting weather patterns on an airplane’s flight route is just one example of the complexity that controllers must be able to comprehend. Controllers need to be able to review crucial data and offer pilots the right options.

The Workplace of Air Traffic Controllers

The Federal Aviation Administration employs the majority of controllers (FAA).

In control towers, approach control facilities, or en route centers, air traffic controllers are employed. Near big airports, there are lots of tower and approach/departure controllers working. En route controllers are often not found at airports; instead, they work in secure office buildings scattered across the nation.

Approach and departure controllers frequently operate in dimly lit spaces. In a well-lit environment, it would be challenging to fully see the radar screens, which show the planes they control as moving points of light.

Air traffic controllers must respond swiftly and effectively while keeping their attention completely focused. Being in charge of an aircraft’s and its passengers’ safety can be mentally taxing. Controllers therefore retire earlier than the majority of workers. People with 20 years of experience can retire at 50, while those with 25 years of experience can do so earlier. At age 56, controllers are compelled to retire. 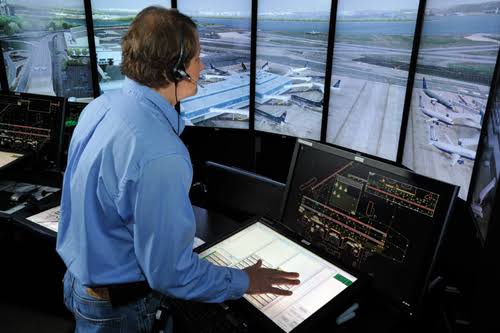 Because big control facilities run continuously, controllers may alternate between day, evening, and night shifts. Additionally, controllers work on weekends and on holidays. Towers in less busier airports might not be open 24 hours a day. These airports may have set work schedules for its controllers.

How to become a Air Traffic Controller

The road to become an air traffic controller can take many different forms. A candidate must possess three years of increasingly responsible work experience, a bachelor’s degree, three years of postsecondary education and work experience, or have completed an Air Traffic Collegiate Training Initiative (AT-CTI) program that has been approved by the Federal Aviation Administration (FAA).

For instance, in the USA, applicants who wish to work as air traffic controllers :

A behavioral consistency test that assesses a candidate’s personality suitability to become an air traffic controller is the biographical assessment, often known as the biodata test. Visit the Office of Personnel Management (OPM) page on biodata testing for further details. Candidates who succeed on both the ATSA and the biographical examination can enroll in the FAA Academy.

While serving in the military, some people develop their talents and work as air traffic controllers.

For air traffic controllers, the typical yearly salary is $129,750. The wage at which half of the employees in a profession made more money than that amount and half made less is known as the median wage. The bottom 10% earned less than $71,880, while the top 10% made more than $185,990.

As development controllers finish more advanced levels of training, their pay rise. The Federal Aviation Administration (FAA) reports that the wages for more experienced controllers who have finished on-the-job training vary depending on the facility’s location, the difficulty of the flight paths, and other considerations.

Is it worthwhile to work as an air traffic controller?

While working, air traffic controllers (ATC) can make a significant amount of money and receive generous perks and retirement packages. The job market is small, though, and this industry is very competitive. Additionally, it takes a very long period to complete training and education.

What are the demands of being an air traffic controller?

Although working as an air traffic controller can be stressful, the compensation and perks are excellent.

How much do air traffic controllers make each year?

How old must a person be to become an air traffic controller?

Because big control facilities run continuously, controllers may alternate between day, evening, and night shifts. Additionally, controllers work on weekends and on holidays. Towers in less busier airports might not be open 24 hours a day. These airports might have more conventional work schedules for their controllers.