HomeStudyWhat you need to know about being a Video Game Designer: 8...
Study
- Advertisement -

What you need to know about being a Video Game Designer: 8 Soft Skills Required 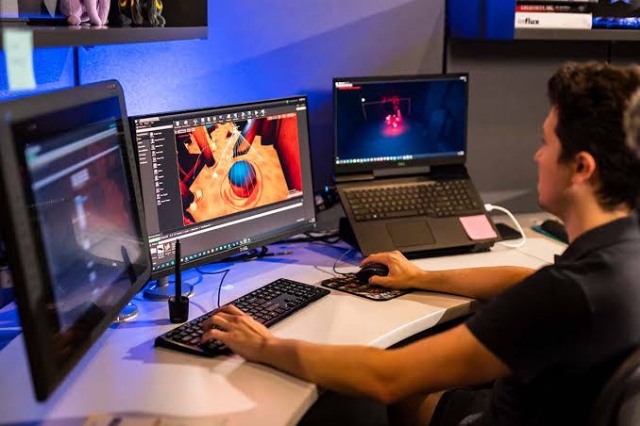 What you need to know about being a Video Game Designer!

More money is made in the video game creation industry than in Hollywood and the music combined. By 2021, the industry is anticipated to achieve a value of $180.1 billion. More individuals are discovering their next adventure in the virtual world as games become more realistic thanks to technology like artificial intelligence (AI), virtual reality (VR), and augmented reality (AR).

Early video games first appeared in labs in the 1950s, making them almost as old as mass-produced computers. A digital tennis match and a variation of tic-tac-toe were among the first games.

The video games design changed in the late 1970s. The foundation for video game design included leveling advancement through more difficult barriers, with arcade games like Space Invaders setting the standard. The addition of an axis of talents, where characters acquire ad hoc skills, raised the bar for design complexity. 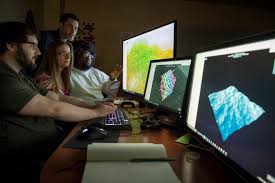 Knowing the distinction between a video game designer and a video game developer is crucial before continuing so that you are sure you are in the right place.

A video game designer is in charge of the game’s conception, design, and testing. This includes creating 2D and 3D environments and characters, as well as storyboarding. This idea is given shape by a video game developer who uses actual code to create the finished result.

Now, design companies prioritize making high-quality video games above making a lot of them. Customers who purchase video games want games that are more realistic and have cutting-edge, realistic graphics and special effects. Growing expectations will cause the hardware and software used in gaming to evolve quickly, intricately, and disruptively. As a result, between 2016 and 2026, the demand for talented video game designers is predicted to increase by 9.3%.

Video game designer can take on a variety of jobs. These people work as producers, artists, audio engineers, designers, programmers, and QA testers. Additional categories for designers include lead designers, level designers, and designers of game mechanics. The same is true for the various specialized positions one can hold in the arts, such as concept artist, modeler, and animator. 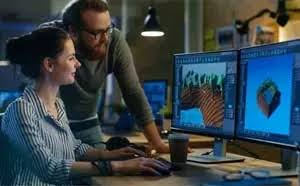 A list of Positions and Specialties for video Game Designers

Video game creation, which has its roots in software development, can give you expertise for a wide range of related positions. Video game designer can develop in the industry to become manager who oversee entire projects. He/she may also work in industries like web development or computer programming.

Computer programmers write the code for software and apps in collaboration with software developers and engineers. They require a thorough understanding of programming languages like C++ and Java.

Design and management of websites are done by web developers. They build websites based on requests from clients or employers. In addition, they provide content, update layouts, and track traffic. To avoid errors, they research how much traffic a site receives.

4. Manager of a Technical Project:

What Determines a Game Designer’s Salary?

A new attitude is necessary to become a video game designer in addition to the technical requirements. You are either required to possess or acquire the following skills:

You need to consider all the possible permutations and combinations in a video game before attempting to crack the code. This comprises game levels, character body mechanics, and scenario results. To test and fine-tune these to perfection in accordance with the design specification, you need an eye for detail.

Every studio aspires to have their game succeed Grand Theft Auto and generate income. For the player’s visual appeal, this demands not just utility but also inventiveness. You must think beyond the box and demonstrate your creativity if you want to succeed as a game creator.

You must anticipate the player’s psychology as a game creator and adjust your strategy accordingly. The better you comprehend psychology, the more intuitive and emotionally engaging your game will be for players. You can increase your creating abilities by doing some basic psychology study.

Game design has a strict time schedule, just like any other software project, thus you’ll need to be skilled at time management.
Since any reputable design firm would test candidates on these skills during the interview, you might want to improve at them over time. Keep in mind that learning will happen gradually and that it will take time. This is a marathon, not a sprint.

What does a designer of video games do?

A video game designer is in charge of creating practically all of the storylines and characters for a video game. To develop the vision for their seamless story-driven experience, they hold meetings with various teams.

What responsibilities does a Game Developer have?

You will construct interactive storytelling, design prototypes, and game mechanics as a game designer. You'll create systems that are simple to maintain, flexible, and enjoyable to use while adding enjoyment to the user experience.

What should I focus on if I want to be a Game Designer?

A bachelor's degree in multimedia design or a closely related discipline is required to work as a video game designer. Programming expertise and other technical talents are crucial to improve your resume for job searching.

Is coding required for game design?

Sometimes, aspiring designers will choose a degree over the coding abilities they obtained in a bootcamp. It helps to have technical skills to get a career designing video games. Employers want familiarity with game development platforms like Unity and Unreal Engine as well as programming languages like C++ and C#. 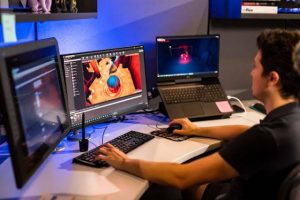 This tutorial is intended to help you comprehend the qualifications needed to become a video game designer as well as the wage range. Remember the importance of networking in your profession with the proper individuals. No matter how good you become, always think of yourself as a student.

Join online discussion boards and specialized forums. Make connections with accomplished artists so you can pick their brains. To keep up with the newest products on the market, attend gaming events and trade exhibits.