Top Tuition Free Universities in Denmark you would love in 2023 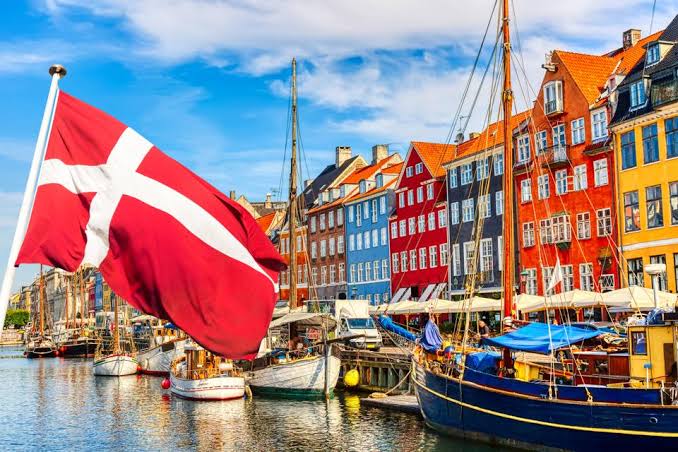 14 Tuition Free Universities in Denmark you can Attend in 2022!

Denmark is one of the most sought-after study abroad locations in Europe because of its affordable tuition, top-notch English-taught Master’s degrees, and creative teaching techniques. Denmark is a popular destination for international students because of the high level of living and broad range of study options offered by Danish universities.

Finding out specific details on tuition and living expenses can help you make an informed decision for your future if you’re considering studying abroad at the tuition free universities in Denmark. Continue reading to learn the estimated costs for tuition, lodging, meals, transportation, and additional study materials.

Denmark’s Cost of Living for Students

Although Denmark’s tuition-free policy is particularly appealing to students from the EU and EEA, living expenses and average prices are generally greater in Denmark than they are elsewhere due to the country’s high standard of living. You will need to carefully plan your monthly expenses if you want to be able to pay for these charges.

International students should budget between 800 and 1,200 EUR per month to live in Denmark. Depending on your habits, such as how much you spend on dining out and shopping, how frequently you travel, etc., these expenditures may increase or decrease. Additionally, if you want to attend school in Copenhagen, the capital of Denmark, be prepared to pay extra. 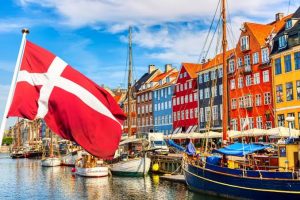 All students pursuing a Bachelor’s or Master’s degree in Denmark who are citizens of the EU/EEA, Switzerland, or who are taking part in an exchange program are eligible for free higher education.

Denmark also offers free education to those who:

Tuition for non-EU/EEA nationals costs between 6,000 and 16,000 EUR each academic year. We advise you to visit the page of each tuition free universities in Denmark provided in this article to verify what tuition applies to you because some specialized programs may cost extra.

Benefits of Studying in Denmark

Denmark is a tiny yet lovely country in Northern Europe, home to 5.6 million people. It has coasts on the Northern and Baltic Seas and borders Germany in the south and Sweden in the east.

In essence, Kbenhavns Universitet (University of Copenhagen) was established in 1479 and is a public, non-profit higher education institution situated in the capital city of Denmark, Copenhagen.

Two more locations where this university maintains satellite campuses are Tstrup and Fredensborg.

Kbenhavns Universitet (KU) is a significant coeducational Danish university that has received formal recognition from the Uddannelses- og Forskningsministeriet (Ministry of Higher Education and Science of Denmark).

One of the leading tuition free universities in Denmark is Kbenhavns Universitet (KU), it offers courses and programs leading to officially recognized higher education degrees in a range of subjects of study.

2. THE UNIVERSITY OF AARHUS

In the central city of Aarhus, Central Denmark Region, this Tuition-Free University was established in 1928 as a non-profit public higher education institution.

Additionally, this university includes campuses in the cities of Herning and Copenhagen.

In addition, the Uddannelses- og Forskningsministeriet has granted official recognition to Aarhus Universitet (AU), a sizable coeducational university in Denmark (Ministry of Higher Education and Science of Denmark).

Just like other tuition free universities in Denmark, applications for admission are welcome from international students. Students at AU have access to a library, housing, sports facilities, financial aid and/or scholarships, study abroad and exchange programs, as well as administrative services.

In Kongens Lyngby, Denmark’s Capital Region, this well regarded university was established in 1829 as a non-profit public institution of higher learning.

Danmarks Tekniske Universitet (DTU) also provides courses and programs that lead to degrees in a range of academic specialties, including bachelor’s, master’s, and doctorate degrees.

Located in the suburbs of Odense in the Region of Southern Denmark, this highly regarded university was established in 1966 as a non-profit, public institution of higher learning. This institution has satellite campuses in Flensburg, Kolding, Slagelse, and Copenhagen.

In addition, SDU provides courses and programs leading to a range of higher education degrees, including bachelor’s, master’s, and doctorate degrees.

Aalborg University (AAU) has offered academic achievement, cultural engagement, and personal development to its students ever since it was established in 1974. 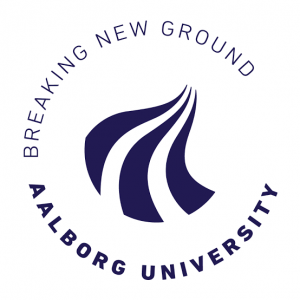 It offers research and teaching in the humanities, social sciences, technology, and natural sciences.

AAU is already regarded as one of the best and most prominent tuition free universities in Denmark despite its relative youth.

This prestigious university was established with the intention of questioning academic norms and trying out novel approaches to knowledge production and acquisition.

RUC promotes a project- and problem-oriented approach to knowledge development because they hold the view that real problems are best solved in collaboration with others.

Copenhagen, the capital of Denmark, is home to the public university known as the Copenhagen Business School (CBS). 1917 saw the founding of CBS.

With more than 20,000 current students and 2,000 staff members, CBS offers a variety of undergraduate and graduate business programs, many of which are interdisciplinary and global in scope.

Having been established in 1999, this prestigious tech university serves as Denmark’s primary institution for IT research and instruction. They offer cutting-edge instruction and analysis in the fields of computer science, business IT, and digital design.

There are about 2,600 students registered at the university. More than 100 distinct bachelor’s degrees have been admitted since the program’s establishment. The vast majority of graduates are employed in the private sector.

The Bachelor’s and Master’s degrees in architecture offered by this well regarded university are academically demanding and focused on careers.

All parts of the architectural industry are covered in the program, including design, architecture, and urban planning.

In addition, they consistently stress the traditional basic competences of the architect, the aesthetic approach to the profession, and the ability to work both visually and spatially, regardless of the student’s chosen specialism.

10. THE SCHOOLS OF VISUAL ART AT THE ROYAL DANISH ACADEMY OF FINE ARTS

Also appearing on the list of tuition free universities in Denmark, this prestigious university has a more than 250-year history of cultivating entrepreneurial spirit and artistic skill to the highest standards, based on each student’s individual work. It is a teaching and research institution with an international orientation.

The University of Southern Denmark, which advanced four spots in the global rankings this year, is listed as joint-353rd in the globe. With one in five of its students coming from countries other than Denmark, the university achieves its best score in the indicator for foreign students.

Students at the University of Southern Denmark learn to think critically and acquire transferable skills that are useful in a variety of industries. Denmark’s capital, Copenhagen, Odense, Slagelse, Kolding, Esbjerg, and Esbjerg all host campuses for the university.

Why is Technical University of Denmark included among the best tuition free universities in Denmark?

The Technical University of Denmark is now ranked 103rd in the world, moving up nine spots to take 12th place. Most statistics show that the university is performing well, but the student-to-faculty ratio (which is ranked 25th in the world) and the international faculty stand out (62nd). This demonstrates the university’s capacity to draw in and keep talented professors.

An institution of higher learning, Copenhagen School of Design and Technology offers English-taught courses in the tech, build, and digital industries. It is the best university of its kind, fusing academic theory with practical application, and it draws many international students from over 70 different nations.

The VIA University College is the last institution on our list of the top tuition free universities in Denmark for foreign students. This university was founded in 2008 as a result of the amalgamation of several lesser educational institutions and is situated in the central Danish city of Aarhus.

Denmark's public universities provide a broad selection of courses in many different subject areas. All of them focus on students' overall development to prepare them to contribute to society in various ways.

How much does it Cost to Enroll at a Public University in Denmark?

Denmark's public universities are rather inexpensive. The typical annual tuition cost for out-of-country students is between €6,000 and €16,000.

Is Danish a Requirement to Enroll in a Public University in Denmark?

No, Danish public universities provide their courses in both Danish and English.

For those looking to study abroad and looking forward to a vibrant culture and reasonably priced courses, Denmark is the perfect location. We hope this article will provide you with a general understanding of studying in Denmark and what you may anticipate from it.