How to become a TV News Anchor in 5 easy steps: Duties & Requirements 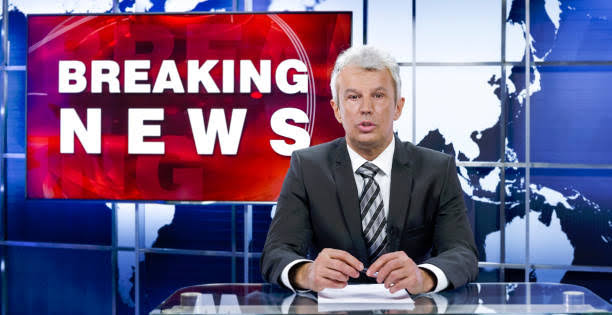 The individuals that provide the news on the various television networks and stations are known as TV news anchors. You are familiar with these individuals—those who inform you of the events of the day from behind a desk or while on duty.

TV news anchors gather and present news stories, whether they are reporting from a small local station or hosting one of the broadcast network’s primetime news shows. If you are searching for how to become a TV news anchor, read on! We have what you need! 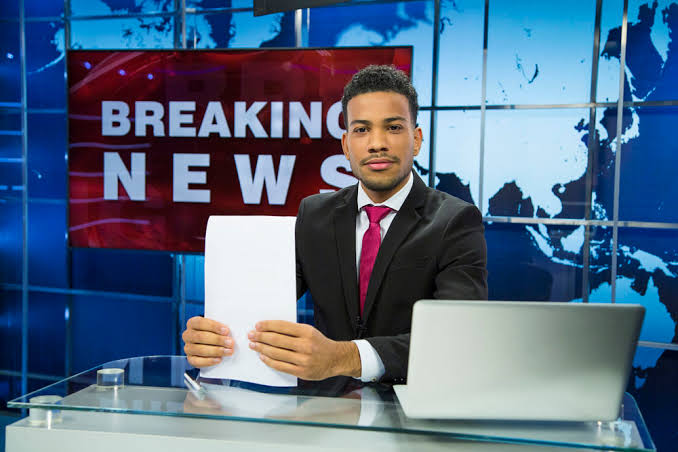 What Does a Television News Anchor do?

Working to acquire information for your reports, conducting interviews, preparing scripts or notes, and filming and editing footage in the field that the producers may utilize during newscasts are all part of your responsibilities as a television news anchor. You might develop articles with input from a group of camera operators and journalists, depending on your function. During the newscast, television news anchors are seen on camera and frequently engage in conversation with the anchors and other members of the newsroom staff.

Typically, a four-year degree and previous news reporting experience are required for a TV news anchor post. Additionally, anchors must to be well-groomed and competent. Among the responsibilities are: 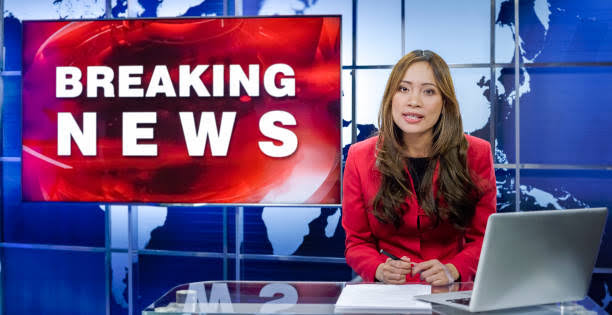 Whether you work in local news (in a smaller town like Poughkeepsie or a larger market like Chicago) or are a network anchor, your salary will vary substantially. For instance, a tv news anchor at a Phoenix TV station makes between $30,000 and $35,000 per year, according to the U.S. Bureau of Statistics. Earnings for individuals who make it to the major leagues (such ABC, NBC, CBS, etc.) can range from $18 million to $37 million annually. Bill O’Reilly, a former Fox TV News anchor who was purportedly the highest-paid TV news personality until leaving Fox in 2017, received a salary of $37 million annually.

The Skills Required to become a TV News Anchor

It is essential to have excellent communication, writing, improvisational, and interviewing abilities. In addition, you should have physical stamina, the ability to work well in a team, the ability to portray a professional image, and understanding of social media.

Additionally, news anchors must be quick on their feet. Even while many anchors read their lines from teleprompters or desk notes, information can also be conveyed orally. If breaking news occurs, a producer may provide an anchor with the information on the spot. The anchor must be able to take in the information that is being provided and then convey it to the audience in an understandable and succinct way.

The Negative Side of Being a TV News Anchor

Despite the high visibility and popularity that come with news anchor roles, the job also requires long hours, hard effort, frequent deadlines, and unpredictable natural and global occurrences. These include terrorism strikes, school shootings, and political scandals. The capacity to stay unbiased and emotion-free in the face of tragedy is a skill that Television News anchoring requires.

How to become a TV News Anchor

There is more than one way to go about learning how to become a TV news anchor. Different people may have used different career paths and work experiences to get to this position, which may be significant. Depending on the news station, producers, anchors and reporters might both be able to use their skills to meet the job description’s requirements for an anchor. There is no one path to becoming a news anchor, but there are a few common steps for people asking how to become a TV news anchor:

Step 1. Get a bachelor’s degree

TV news anchor education requirements often involve a four-year degree for many job ads. Although communications and related disciplines are acceptable, many employers prefer news anchors with a bachelor’s degree in broadcast journalism, mass communication, or Journalism. These schools’ coursework is liberal arts-based and includes both writing and speech classes. Although a specialized newscaster or news anchor course is not often included in these courses, coursework on multimedia, public relations, and editing are beneficial for the job of a news anchor. In order to get familiar with television news and production, a student might need to finish the relevant classes if specializations or minors in broadcasting are offered.

Take part in school activities to develop experience. Many youngsters’ initial exposure to genuine news comes through school activities. There are school newspapers in many schools, and some even have radio or television stations. Students can build their resumes and gain experience in the journalism industry through these extracurricular activities. A student might also gain speaking confidence and clarity by being a member of a debate team.

Take an internship to get practical experience. Future news anchors may think about gaining practical experience at a news station in addition to working with educational programs. During the summer or on a part-time basis during the semester, many news organizations hire interns. Before pursuing a full-time job, these internships provide a practical setting where a student can discover and comprehend how the television news industry functions. Students who participate in these internships can make and establish professional contacts that they can use in the future.

Step 2: Get a job as a TV producer or reporter.

Since many anchors transfer into the position with reporting experience, you might want to first think about how to get a job as a TV reporter before figuring out all the specifics of how to be a TV news anchor. Journalists are a common term used to describe reporters. They look into and investigate stories with the aid of data and interviews. Reporters write the scripts for both their articles and live broadcasts. A news producer position is another that gives an aspiring news anchor significant experience.

The newscast’s production is overseen by producers. They write scripts just like reporters do, though they usually do not work in the field and must juggle that with supervision responsibilities. They oversee the production team and are ultimately in charge of how the newscast is presented. If you don’t have enough relevant experience, you might be interested in learning what to study to become a news producer or reporter.

Still, a student with a solid educational foundation, professional experience, and connections in the news and television industry may be ready to gain job as a news anchor. Many news anchors begin their careers at small news outlets or in local branch offices. A news anchor can establish a solid reputation after working in these smaller markets and pursue promotions at larger national news stations.

Students may need to work as reporters to gain the necessary experience because employers typically prefer anchors with one to three years of professional experience. Sometimes, reporters may get the chance to step in for absent anchors.

Typically, candidates for news anchor positions must submit a DVD reel of their prior on-air work. If you can, highlight your best on-air interviews where you’ve discussed a range of subjects. This reel will give potential employers a sense of your abilities and whether you might be able to use them for their news station. If you’re just starting out, for instance, if you have experience reporting news for your college, news anchor school reels may also be included.

Although earning a master’s degree is not necessary for employment, it will give students more experience in the field. Communications and broadcast journalism both offer master’s degrees. Graduate degrees often give candidates a competitive edge while looking for jobs or promotions.

How much money do regional TV hosts make?

What degree is most suitable for an Anchor?

You would be exposed to the different intricacies of television production if you have a degree in mass communication, giving you an advantage over the competition.

What distinguishes a Reporter from an Anchor?

An anchor is someone who simply sits down in front of the camera and gives the public the news, whereas a reporter obtains information about current events. Reporters are required to speak up and even compose the scripts for the news they have gathered.

Do news anchors outfit themselves on their own?

In a nutshell, at least locally, the answer is no. For their on-air appearances, reporters and anchors wear their own clothes. The anchors and reporters frequently wear the clothes that are readily available to them, even though the station they work for can provide them with attire (station polo shirts, hats, jackets, snow hats, etc.).

Therefore, you will need a specific set of abilities and expertise if you want to learn how to become a TV news anchor. To advance and succeed, television news anchors need a bachelor’s degree in broadcast journalism or communications, as well as applicable internship experience and employment experience in lower-level positions. A few of the qualities required for success in this sector include a strong work ethic, perseverance, objectivity, and great verbal and written communication  abilities.