HomeStudyList of Best Schools in Dubai 2022
StudyStudy in Asia
- Advertisement - 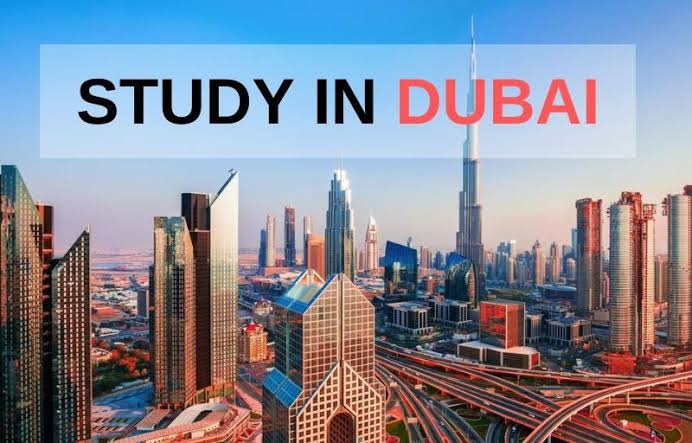 If you are aiming to study in Dubai and you want to know about the best schools in Dubai, we have the details you need in this article.

Dubai and the neighboring city of Abu Dhabi have developed into some of the most important global cities. Dubai has completely changed its economy over the past 20 years in order to benefit from its advantageous location halfway between the East and the West. In addition to this, the country has been investing in its education, resulting to many people asking about the best schools in Dubai.

Dubai has built an environment where you can do almost anything indoors, from skiing to go-karting to an indoor theme park, despite the fact that it is hot all year round. Families of expats can always find something to do in Dubai without having to endure temperatures as high as 50 degrees. 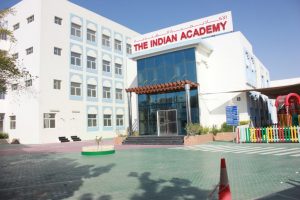 Naturally, there is a great market for foreign schools and the children that attend these best schools in Dubai because Dubai is such an international metropolis.

There are approximately 140 foreign schools in Dubai, including a mixture of American, International Baccalaureate, and British schools using the English National Curriculum. In addition, there are schools in Switzerland, Germany, France, India, and the United Arab Emirates, so the majority of the needs of expat families that call Dubai home can be satisfied.

The Advantages of Studying in Dubai

Apart from studying in any of the best schools in Dubai, the kingdom has a lot of benefits to offer and they include;

Europe, the Far East, and “Down Under” are accessible to everyone, but the UAE is a relatively recent location that is undergoing rapid transition. Avoid following the throng and travel to the UAE for a brand-new kind of adventure.

2. Multiple Cultures in One Place

You will undoubtedly learn a lot about Emirati culture if you study in the best schools in Dubai. However, only about 20% of the nation’s people are Emiratis; the rest are people from all across the Arab-Islamic world and beyond! Even though English is the dominant language, you can hear conversations being held in Arabic, Farsi, Urdu, Tagalog, and a variety of other languages if you wander the streets.

From big public universities to little private colleges and everything in between, there are many options for studying in the best schools in Dubai. Many of these will have accreditation from both the Ministry of Higher Education and Scientific Research (MOHESR) of the UAE and from a foreign certifying body. For instance, the Middle States Association of Colleges and Schools in the US and MOHESR both jointly accredit the American University of Sharjah (AUS).

4. Tour Each of the Seven Emirates

The seven Emirates that make up the United Arab Emirates each have their own laws, cultures, landscapes, traditions, and Sheikh, a title of respect that means “old” or “leader.” The largest Emirate and its capital city, Abu Dhabi, is well-known for its massive oil reserves, tree-lined boulevards, and greater than average percentage of Emirati citizens.

The genuine hospitality, strong sense of tradition, and great sense of humor that Arabs are known for. They are eager to share their culture and values with people from all over the world and are friendly to them. Expect to talk about your home for hours and learn about your hosts while being treated like family.

Study abroad in the best schools in Dubai as an exchange student (via a university partnership or ISEP), through a third-party provider (API, CIEE, IFSA-Butler), or as a visiting student who enrolls directly. You can enroll for a year or a semester, and you could even include an internship before going back home.

8. Dubai international schools are overseen by the Knowledge and Human Development Authority (KHDA) (KHDA). On the KHDA website you can find all the best schools in Dubai and see how they are ranked.

Some of the Best Schools in Dubai

Here are few among the existing best schools in Dubai; 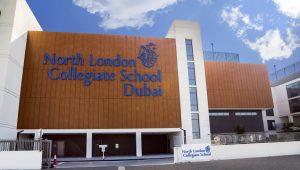 A leading school among the best schools in Dubai. North London Collegiate School equips pupils with the global perspective they need to face the difficulties of today’s globalized society.

Second on the list of the best schools in Dubai. About 65-75 percent of students at the school, which was founded in 1966 to educate kids from families who worked in the oil sector, today have US passports, with relatively few having non-Western ones.

This among the other best schools in Dubai is situated in Al Barsha, Dubai, on a sizable and contemporary campus.

In Dubai, there are three Kings’ School sites, all of which are in close proximity to some of the greatest neighborhoods in the city. Families residing in the Jumeirah district will love Kings’ School Dubai in Umm Suqeim.

Why is this included among the best schools in Dubai? The School of Research Sciences (SRS) is a comprehensive institution that offers both an American and a world-class British curriculum from the primary grades to pre-university levels. It serves as the Research Science Institute’s (RSI) main educational hub and was created to enlighten young minds with the gift of profound knowledge. The school’s success can be attributed in large part to its bilingual nature.

With students from over 70 different countries, the institution is a non-selective British Curriculum school in Dubai that is inclusive and varied. This is mirrored in the values and ethos of the entire school community, making kids feel respected, accepted, and safe. irrespective of their past.

The school like other best schools in Dubai places a strong emphasis on a well-rounded educational curriculum and offers a wide range of extracurricular activities, including an Eco Club, Model UN, music, the arts, and athletics.

Three kilometers from the Burj Khalifa, NLCS Dubai is situated in the Sobha Hartland neighborhood of Mohammed bin Rashid Al Maktoum. International Baccalaureate (IB) education is provided by NLCS Dubai, a recognized IB world school. The school offers the Diploma Program, the Middle Years Program, and the Primary Years Program (PYP). After engaging in a variety of academic, athletic, and artistic experiences, our students will leave us knowing exactly what their passions and interests are.

Every school has its own personality, but NAS Dubai stands out among the best schools in Dubai as having a very strong one. It holds on to a straightforward goal: “To be the school in Dubai acknowledged as the greatest because it is the place where learning is great, where results are great, and where the community is fantastic.”

It was established in 1977 as a primary school for expats, but it is currently transforming into a truly international institution with the goal of offering a thorough British education that includes IGCSEs and A levels while keeping Arabic as a fundamental subject. On Emirates Road in Dubai, at a brand-new campus that is strikingly colorful. The percentage of students with British passports is around 50%.

Located at Nad Al Sheba 3, Repton is a mixed British curriculum school that operates as both a boarding school and a day school. Repton follows the English National Curriculum until Year 11, after which it offers students the unique opportunity to continue the same curriculum until Year 13 or to obtain an International Baccalaureate Diploma.

Oxford and UCLA are among the universities that have accepted students from Repton, with 94% of the school’s students passing the IB Diploma in 2017. Despite being the largest school in the area, Repton maintains a good proportion of students per teacher, creating a more balanced and personalized educational environment. Extracurricular activities are emphasized, including art, drama, music, and sports.

Jumeirah English Speaking School is one of the best schools in Dubai where every student is prepared for a future where they will be to apply skills and information efficiently for their career growth. Students explore the amazing learning and extra-curricular environment at JESS Dubai and excel equally in academics and sports. Students of JESS Dubai have a historic record of getting placed in the best schools in Dubai top universities of the world.

The GEMS World Academy has established itself as one of the best schools in Dubai where students get the opportunity to grow and nurture in an international environment. Students from more than 90 nations are registered in the school thus offering a fantastic competition among the tiny learners. The school’s multi-cultural population promotes knowledge of many cultures while also celebrating uniformity via shared curriculum.

Every student at DIS is given the opportunity to reach their full potential in a welcoming, progressive, and secure environment. At Deira International School in Dubai, a holistic and nurturing curriculum offers opportunities for creativity and global understanding. The school is crucial in preparing its pupils to be lifelong learners and responsible citizens of the world.

Here is the end of our best schools in Dubai list.

You can also check; Top 15 Canadian Universities Without Application Fees in 2022.