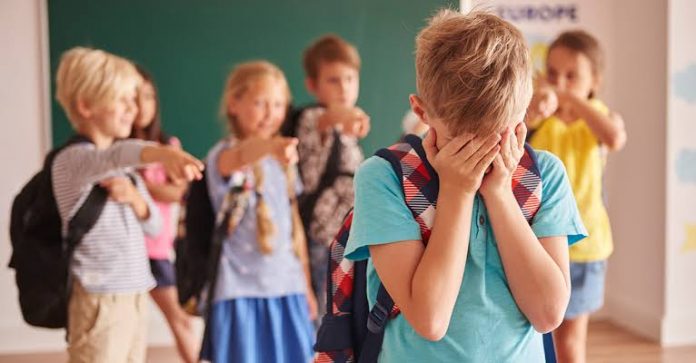 15 ways to stop Bullying in Schools including Causes and Effects.

Everyone loses when someone is bullied at school. Victims experience trauma. Over time, bullies could develop more antisocial traits. Additionally, spectators are impacted. Living in a place where bullying is accepted is stressful, and it might hinder children’s ability to study.

According to the adage “Kids will be kids,” bullying is a natural part of growing up.

However, bullying has developed into a risky, life-threatening epidemic due to beatings, death threats, and constant technological teasing. Children cannot escape it, which has caused numerous suicides. Schools are finding it tough to combat bullying, and since parents, politicians, and the media are all involved, educators find it challenging to please everyone. Finding ways to stop Bullying in Schools? Read on!

The Meaning of Bullying

Bullying needs to fulfill a few criteria in order to qualify as bullying. These include malicious purpose, power imbalances, recurrence, distress, and provocation. Bullying at school can happen inside or outside of the classroom, but it is always the result of connections formed there. 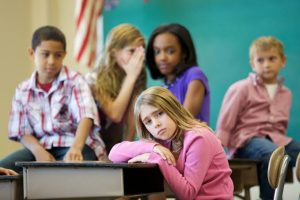 Direct bullying could involve hurling something at someone or yelling offensive words at them. Spreading false information about a classmate is a type of indirect bullying.

Any form of bullying that occurs online is referred to as cyberbullying. It can take the form of false private messaging or nasty comments on a personal website.

Bullying that involves physical contact always involves the other person. This can refer to hand-to-hand combat, but it can also refer to hurling objects, falling, or inciting others to hurt someone physically.

When someone is being emotionally bullied, they employ methods to damage their feelings. This can involve making others band together against a person, intentionally ignoring them, or spreading rumors.

Any form of bullying that is motivated by someone’s gender or sexual orientation is referred to as sexual bullying. Examples include coercing someone into performing intimate actions, making sexual remarks, or touching them without their consent.

Any use of language to upset the other person is considered verbal bullying. Use of expletives, cruel language, disparaging remarks about someone’s looks, the use of pejorative terminology, or taunting are a few examples.

Contrary to popular belief, bullying continues in higher education. Many people believe that bullying stops after high school. This can take many different shapes and presents unique difficulties because many students live away from home and alone.

These are the ways to stop bullying in schools on the part of parents:

According to the adage “Charity begins at home,” discipline of a person or kid begins in the family. An individual’s home instruction can assist prevent bullying from our society as a whole. Making sure a youngster understands what bullying is one of the best ways to stop Bullying in schools. More than just providing a definition, it’s crucial that parents help their kids comprehend what bullying looks and feels like.

2. Pay attention to the warning signs

Most kids are scared to notify anyone, including their parents and guardians, when they are being bullied because of the threats and warnings that the bully has made to them. Therefore, it is the responsibility of parents to look out for the warning signs and ensure that they are aware when their child is being bullied.

Instilling an anti-bullying mindset in your child is part of your responsibility as a parent to teach them healthy lifestyle and behaviors.

One of the ways to stop Bullying in schools is making sure they learn not to be critical, hateful, critical, pushy, hit, or even spread untrue rumors about their friends. This is just as important as teaching them not to strike, shove, or tease other children. To prevent any risk of bullying in their schools, your child must avoid all of these harmful lifestyle choices and habits.

4. Give your youngster power.

Empowering your child, or giving them the resources to deal with all forms of bullying, is one of the ways to stop Bullying in schools. A parent can work with their child to help avoid bullying by teaching them how to stand up to the bully firmly, walk away, alert a teacher or parent about the issue, and more.

5. Become familiar with the rules of the institution.

It’s crucial for parents to understand how bullying is dealt with in their children’s schools. That is knowing who to contact in the event that anything terrible occurs to your child, having specific expectations for how the matter will be handled, and ensuring that it is fully resolved.

6. Meet with the administrators of the school in person.

It is crucial that you get in touch with the school right away and request a face-to-face meeting if your child tells you about any instances of bullying. You demonstrate your want to see the problem fully resolved by asking and setting up a physical encounter.

Being an advocate and expressing your support for bullying prevention is highly advised if you need to be a constant aid in bullying incidents. Work voluntarily to create an anti-bullying program with your child’s teachers, the principal, or the school counselor. If your child’s school already has such a program, you can always offer to assist with activities and fundraising.

Two heads are always better than one, as the saying goes. Schools will be a safer place for kids to learn when a significant percentage of parents are dedicated and committed to bullying prevention. To solve the problem, all hands must be on deck. Parents should organize a group and meet frequently to discuss ideas, present them to the administration, and devise ways to help carry out their goals and recommendations.

9. Visit your child’s school when you can.

If your schedule allows, you should take advantage of opportunities to volunteer at school events and throughout the school day because this can be very helpful. Sometimes just having another adult or parent nearby is enough to stop bullying.

Ways to stop Bullying in Schools – The Teacher’s Role

Students are less prone to bully others when they are able to explore concepts and situations from various angles.

Students should engage in activities that foster social-emotional learning starting at a young age. Discover strategies to teach kids about their own identities and the identities of others. It takes love and empathy to accomplish this.

Also Read: 30+ Benefits of Reading Books: Why You Should Read Daily

Providing an interactive space among your students is one of the best ways to stop Bullying in schools. Lessening bullying episodes and promoting healing for the targeted children can both be achieved in your classroom by fostering a feeling of community.

According to research, targeted children are better equipped to handle bullying when they feel connected to their classmates. Additionally, studies show that encouraging students to speak up and resist bullying behavior when they encounter it can cut down on future instances of bullying by more than 50%.

Researchers have discovered that subtle behaviors frequently indicate the onset of bullying habits. These “gateway behaviors” are indicators that are frequently overlooked by educators who already have a lot on their plates. But if you can spot them at an early stage, there’s a chance you can stop bullying behavior from emerging later. Here are some crucial actions you should watch out for as a teacher: 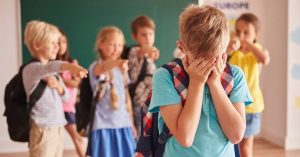 13. Create context with the arts.

Young people can benefit much from the arts when learning to view problems from various angles. In order to have a discourse with kids about bullying, educators can use drama, literature, and the visual arts.

14. Reduce concentric circles in schools to a minimum.

The fact that educators may also be bullies is a reality that most teachers are uncomfortable discussing. Additionally, pupils may suffer when teachers feel bullied by their peers.

Start by taking a look within your own classroom to curtail the spread of bullying from the leadership level down to kids. Avoid adding negativity to your teaching after a poor day or tense exchange with a coworker.

Theorizing on ways to stop bullying in schools and deal with it is one thing. It’s quite another to be the first to witness it. It can be challenging for new instructors to know exactly how they’ll behave when bullying situations emerge without proper pre-service preparation. 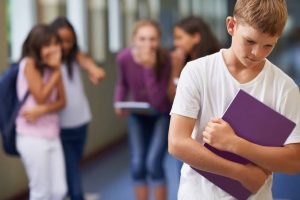 FAQs on ways to stop Bullying in Schools

What Color is used to stop Bullying?

Orange! On October 10, individuals across the nation wear orange to demonstrate their support for mistreated students. This day is known as Unity Day.

What Sparked the Anti-bullying movement?

What harm does Cyberbullying cause to one’s Health?

In addition to mental health problems, elevated stress and anxiety, sadness, lashing out aggressively, and low self-esteem are further repercussions of cyberbullying. Even after the bullying has ended, cyberbullying can have long-lasting emotional impacts.

Which Age group experiences the most Cyberbullying?

How to get the HOKA Student Discount 2023