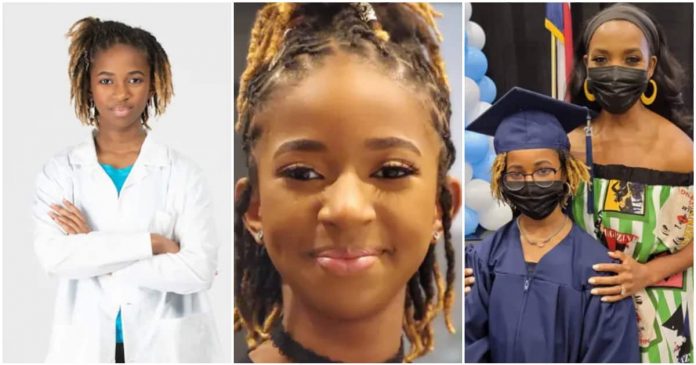 A 13-Year-Old Girl Gets Accepted to Medical School sets to become a flight surgeon in space with astronauts. Age is just numbers for Alena Analeigh Wicker, who  has just been admitted to the University of Alabama’s Heersink School of Medicine at the age of 13.

She was admitted as a part of the school’s Early Assurance Program, which collaborates with HBCU institutions in Alabama to provide students early admittance as they prepare to enroll in medical school, according to The Washington Post.

She spoke out on Instagram about the wonderful news soon after receiving the admission letter.

“I graduated High school LAST YEAR at 12 years old and here I am one year later I’ve been accepted into Med School at 13. I’m a junior in college,” she wrote. “Statistics would have said I never would have made it. A little black girl adopted from Fontana California.”

“I’ve worked so hard to reach my goals and live my dreams,” she added, going on to credit her mother, Daphne McQuarter, for all her support.

Read also: Study Masters in Germany in English for Free in 2022 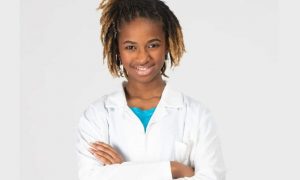 Alena wrote, “Mama I made it,” Alena wrote. “I couldn’t have done it without you. You gave me every opportunity possible to be successful.”

“You are the best mother a kid could ever ask for,” the teen added. “You always believed in me. You allowed me space to grow and become, make mistakes without making me feel bad. You allowed me the opportunity to experience the world.”

Of course, Alena likes watching movies, baking, and hanging out with her friends, just like any other young person her age.

She told The Washington Post, “I’m still a normal 13-year-old.

Recommended for you: Study Medicine in Europe for Free in 2022

She told the Post, “I just have extremely good time management skills and I’m very disciplined,”

When it comes to her education, Alena doesn’t only concentrate in the classroom. She was hired as NASA’s youngest intern ever in 2021. Alena said that her dream began early in an interview with The Baltimore Times.

“I was around three or four years old when I became fascinated with the stars and space and LEGOs,” Alena said. “My mom began taking me to different astronomy nights and NASA Centers. I remember walking in saying ‘I am going to work here one day, and I will be the youngest girl of color to work here.”

Read also: Top Tuition Free Universities in Denmark you would love in 2022 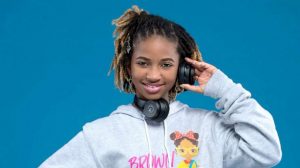 She added to the publication that her ultimate ambition is to “work with astronauts” as a flight surgeon.

The outstanding accomplishments of Alena don’t end there. She also started the Brown STEM Girl, a group for girls of color interested in STEM professions, and she was a finalist for TIME’s Top Kid of the Year this year.

“What is age?” she told The Washington Post. “You’re not too young to do anything. I feel like I have proven to myself that I can do anything that I put my heart and mind to.”

Top Picks for you:

Are there Ivy League Schools in California? 4 Best Alternatives